5 Top Elements should include in your Pitch 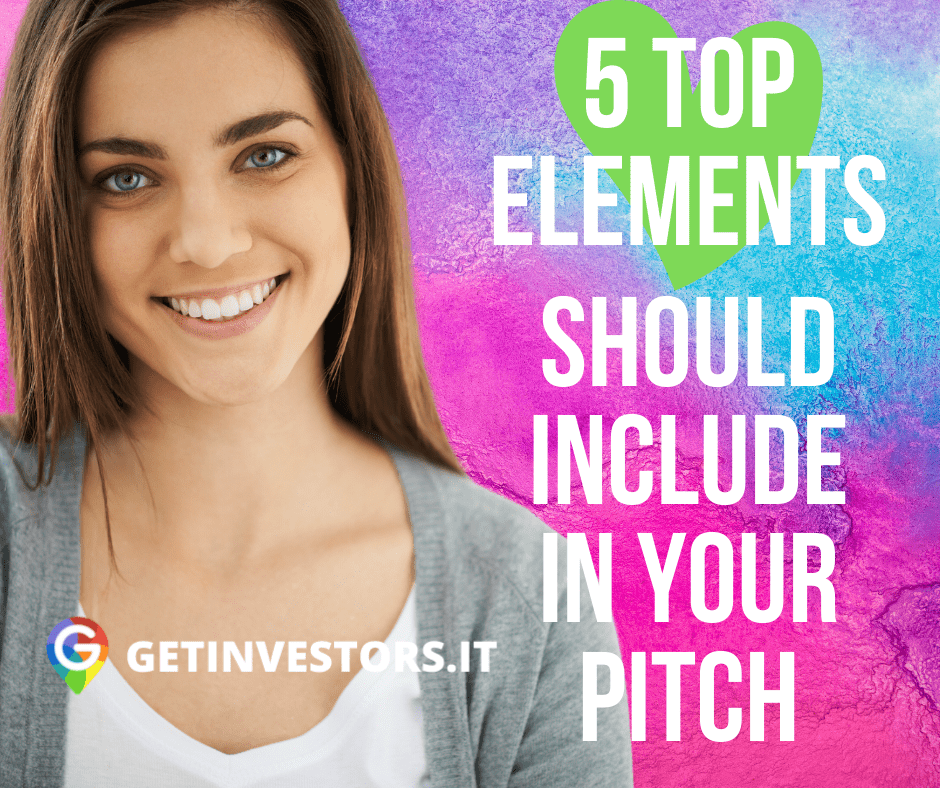 5 Top Elements
Should include in your Pitch

Creating a Professional Pitch Deck is one of the most important thing to do in the “check list” for every Startup.

It describes and represents the most important resume about your Project, Tools, and the basic Plan to resolve it.

Here you can find some important recomandations to make it fastly, easily, and effectively.

As probabily you know, Pitch Deck is one of the most important Document to describe your Project / Startup, and it will be always updated in just seconds, sometimes even more times per day or per week.

It represents the “Plan to Action”  for every Startup, so it should be very simple, clear and readable (even from distance).

Imagine to be on the Stage scrolling your slides and speaking about your Project:

It should grab attention and be readable even from the last row in the room.

2. USE IMAGES AND GRAPHICS TO DESCRIBE CONCEPTS

A good image can describe even an hard concepts in just 1 second.

3. USE SHORT AND POWER SENTENCES INSTEAD OF LONG PARAGRAPHS.

Imagine for example in the Pubblicity, they use Video, Images and Power Sentences to describe the same Concepts in just 1 second.

If they use Long Paragraphs, no one would read it

4. TAKE A LOOK AT OTHERS PITCH STARTUPS TO HAVE AN IDEA ABOUT LAYOUTS AND TEMPLATES.

We selected more that 21+ Startups Pitchs before to become Billionaire, just to have more ideas about your Presentation and take inspirations about your Project to do it better.

You can scroll the list one by one, or you can even Dowload all in Once if you prefer to save Money and save Time.

We selected all most famous and important Startups before to become Billlionaire in different Sectors, in this way you can have a complete overview about How to make a good and effective Pitch 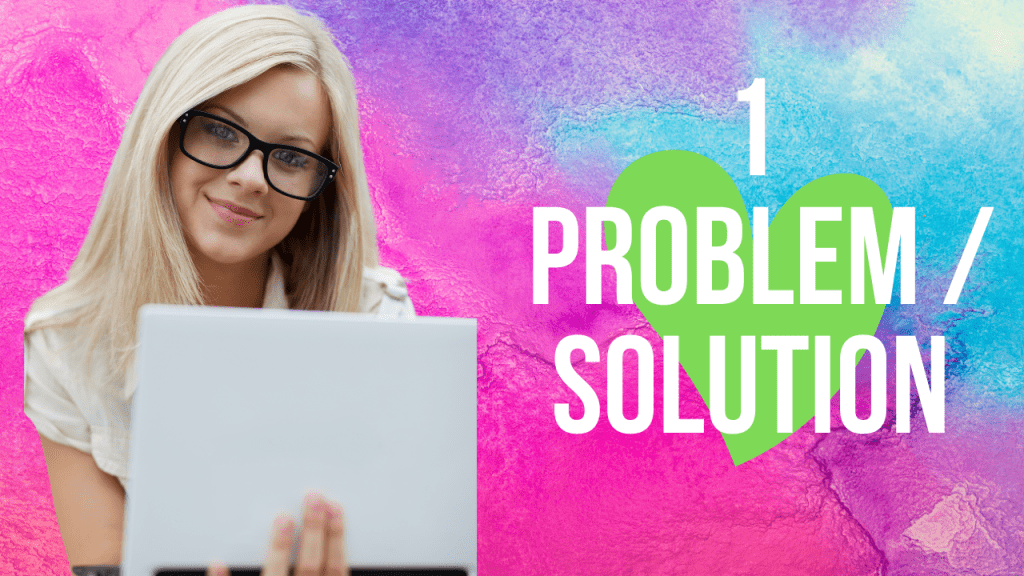 What is the Problem that are solving? What frustrations are your target customers facing?

Why does it matter to you?

Most investors care at least as much about the “Why” behind what you are doing as they do the problem you are addressing.

In the Slide Problem you should present a Check Point List with all the Problems and Pains that you are solving and why they are so important for the Target Clients.

In the Slide Solution you can xplain what your company is doing to solve the problem, and how.

What product or service are you offering?

Problem / Solution Slide is the one of the most important Slide of your Pitch, so take your time to think good about it and do updates all times that you want, till the moment you are satisfied and the slide it’s absolutely clear. 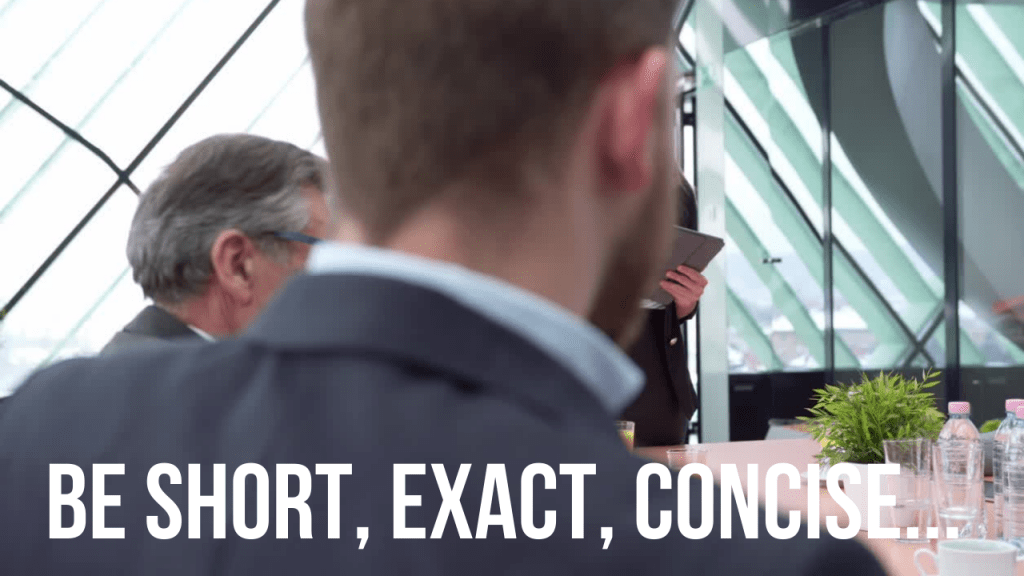 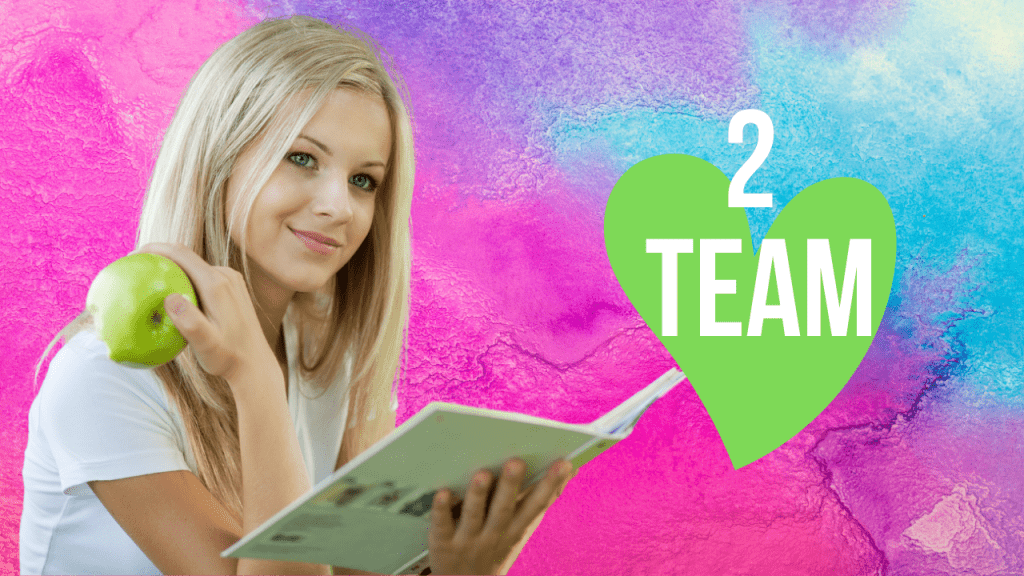 Normally every Startup is based on number of 1 to 5 Founders.

There are different case of Solo-Founder succes Startupout of there, but after a while, He should consider to connect with other Co-Founders.

Simplye because creating a Startup is one of the most hard thing to do, as you probabily know.

You should be fast, smart and really focused about the goals, so most part of them have th perfect combination of 3 Memebers / Skills.

The chief executive officer (CEO) is usually the leader in the startup team. However, this does not mean that he is the person that is paid more or has more equity.

Simply put, the CEO is the dreamer and the person whose passion goes beyond anyone’s expectation.

As such, the CEO leads and the others are willing to follow him.

Before anyone believes in the idea of success, it is the CEO who needs to believe in first.

Every successful tech startup must have ‘the dreamer’ as part of it and the person that is always willing to believe in the idea – regardless of how many people out there say it has no future or it is a total failure.

Chief technical officers are a must-have in every tech startup. Simply put, having a CTO in a tech startup is obvious just because of the level of complexity and technology involved. The CTO is labeled as the doer only because he is able to stand up and face the technicalities and potential problems, solving them quickly and actually doing more than dreaming.

Also known as innovation architects, CTOs are the bridge to success from a development side of view. They are the motors that keep the entire operation called a startup active – and are most crucial for tech startups. They are also responsible for hiring web app developers and people with various other skills in the technical domain needed to build the product or service and market it accordingly.

Every startup should have a hustler on board. This is the role of the CSO – who always aims to sell the product built by the team. Known as the chief sales officer, the CSO is a person responsible for turning a brilliant idea into flowing profits.

At the same time, the ‘hustler’ is among the most important roles at each stage of the tech startup. In fact, in the beginning – the CSO can also be the sales guy in the startup. However, if the startup is turning into a company, later on, someone should be appointed to that role accordingly.

From building processes for sales to automating them, hiring sales reps and account managers as well as forecasting sales – the ‘hustler’ known as the CSO is the person in charge for the fuel that drives the product or service forward. 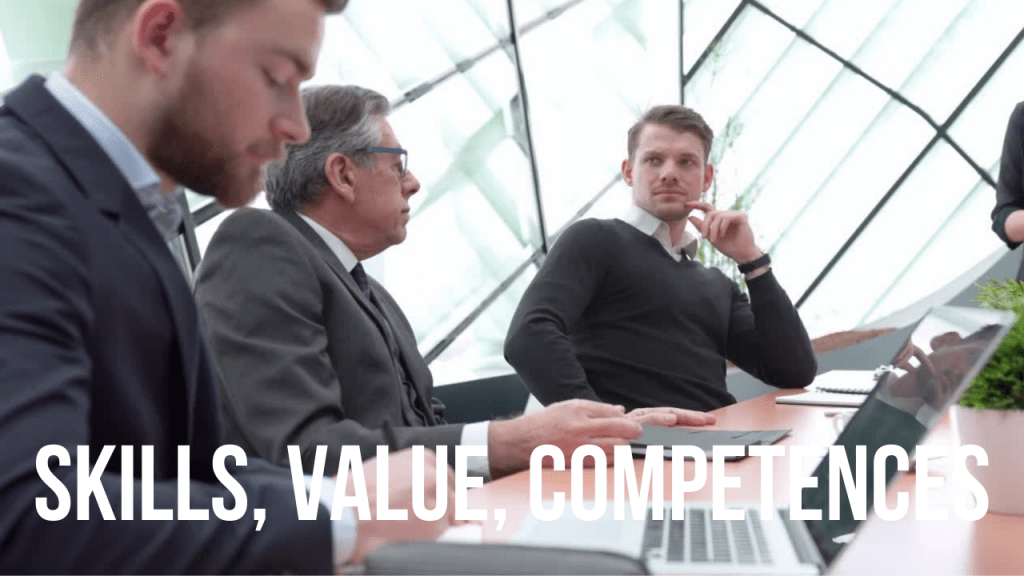 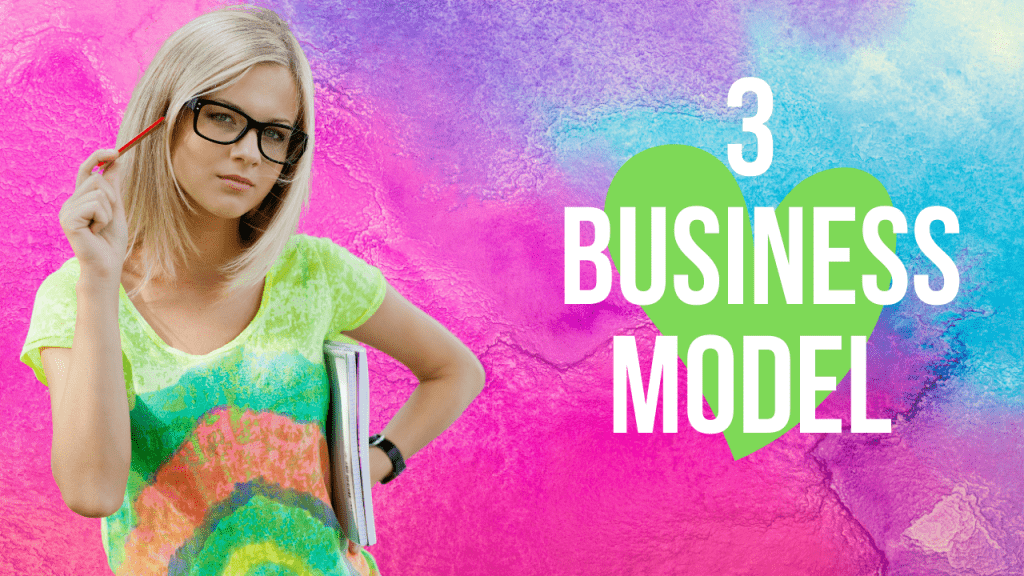 Business Model Slide is another important Slide in your Pitch, and it helps Investors to understand instantly how it works and how theycan help you fastly to Grow your Business?

Here some Typical and most used Business Models in every Startup in different Hindustry.

We are pretty sure that your Project / Startup is in one or in a mix of them:

(Saas) Software As A Service

And what about your Business?

Which one is your favourite Business Model (or Revenues Model)?

You should really focused about it, try, make experiements, and choose the best one that perfectly fits with your Project. 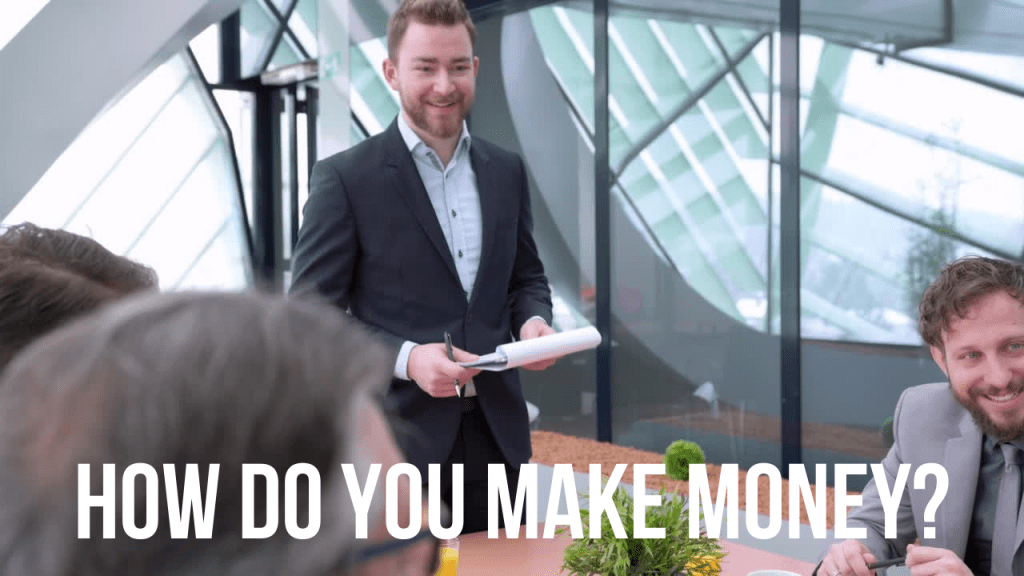 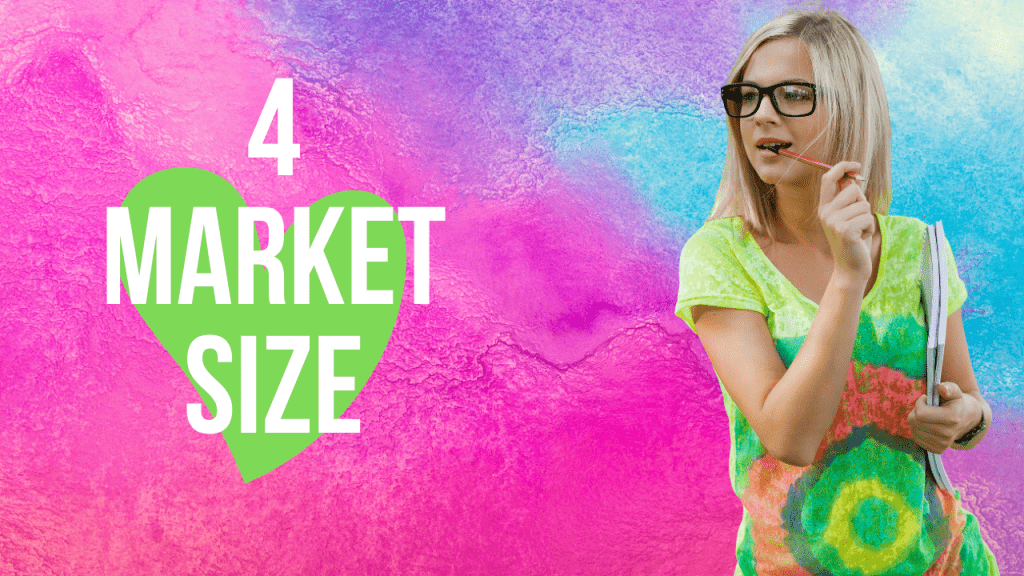 This topic should cover how big is your market and how much you plan to achieve.

Youcan use several Premade Templates to do it, and we recomand the TAM TAN SON Slide Template:

COMPLETE OVERVIEW ABOUT THE MARKET POTENTIALITY

You can choose two approaches to achieve this, whether showing how much money does it create and/or how much money is being invested in that market, or by showing your financial projected incomes.

Most of the times you can google and calculate a rough estimate, but in case you don’t find any information you could predict and guess those numbers based on your findings. 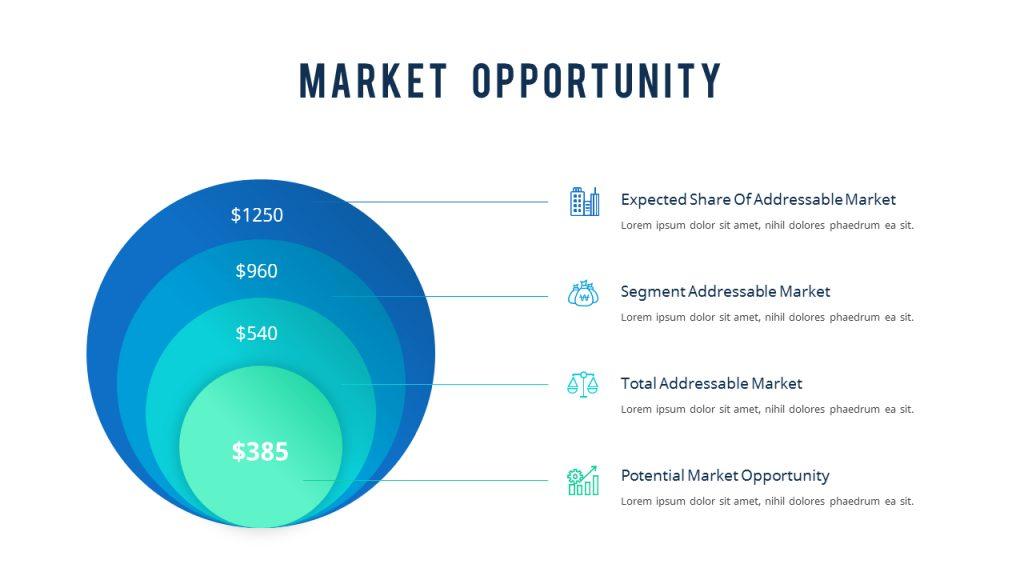 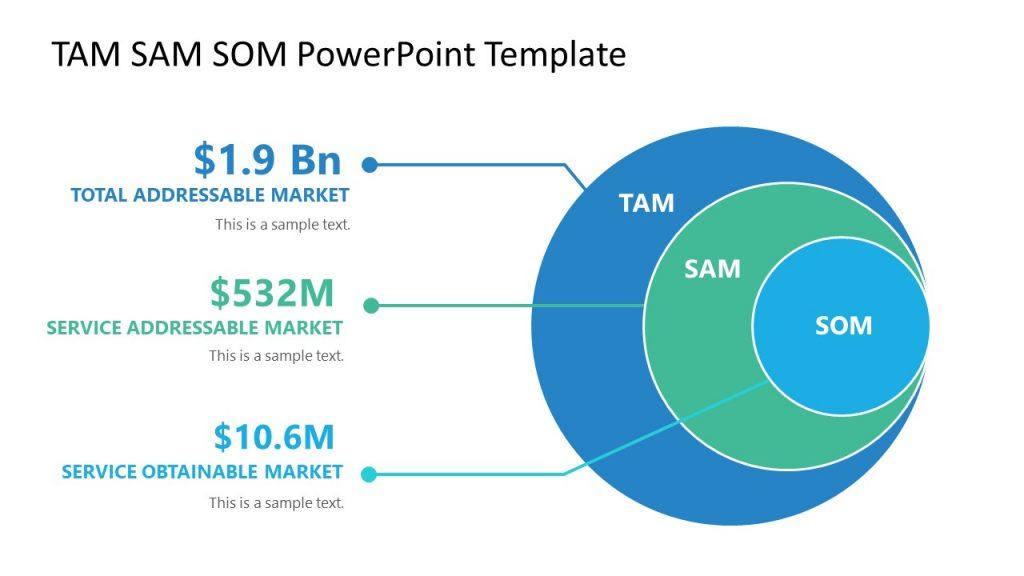 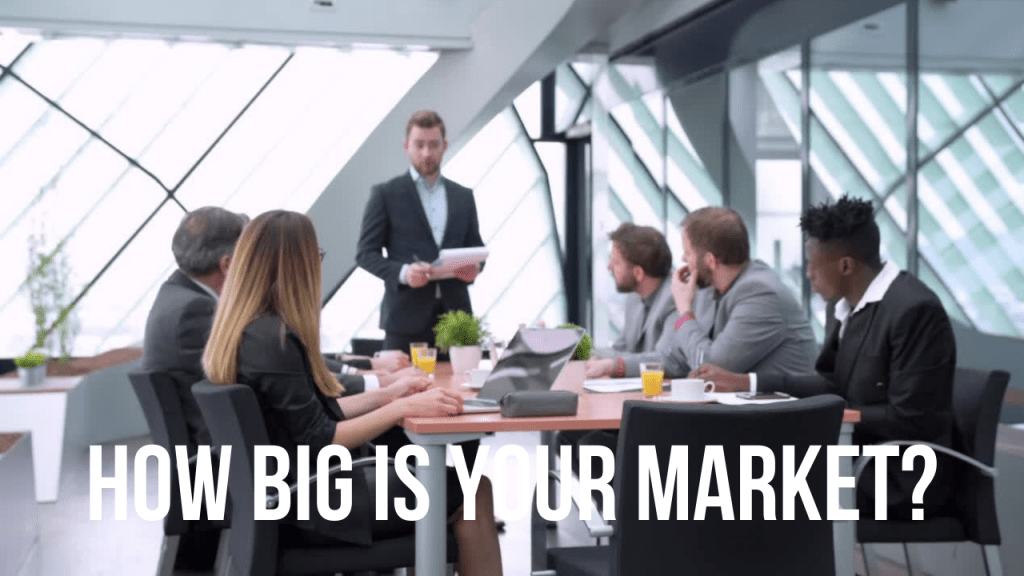 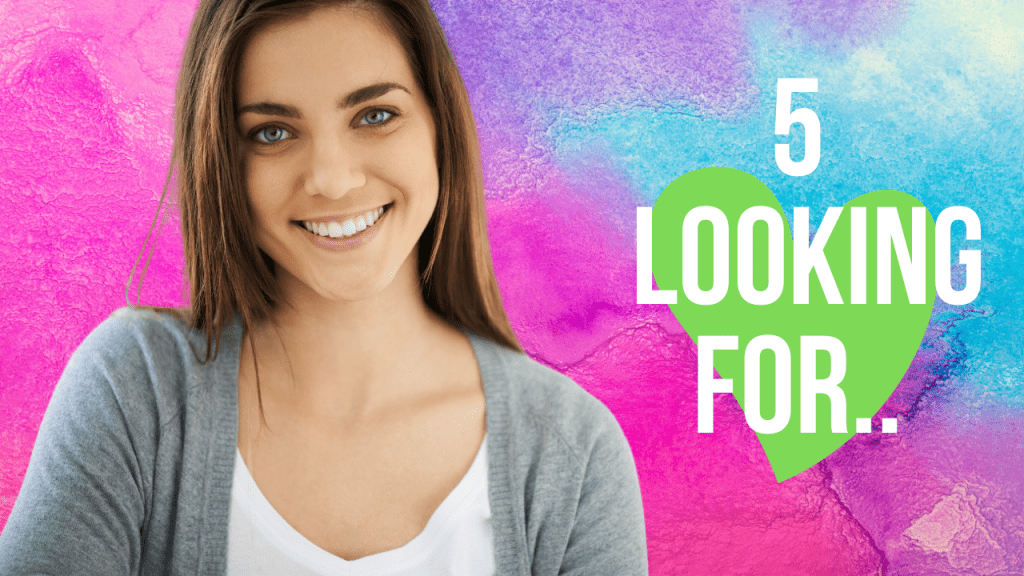 Normally it s the last Slide before (or with) the Contact Details.

Choose 2-3 of them and be sure to be totally Clear, Exact and Concise:

Are you looking for Strategic Partners?

Are you looking for Professional Investors?

Are you looking for Co-Founders?

Are you looking for Clients?

Or maybe other Founders / Startups to make Partnerships and Network?

Everyone is looking for something, so it can help your readers to understand quickly if they can help you and how.

Do you want to be contacted?

Do you want that pleople Click or Open something?

Do you want to receive and Email request?

Insert your (Clear and Professional) Email

I hope that this Article give you some practical and effective Ideas and Inspirations, to make your Pitch Deck from scratch or using some very useful premade and editabel Templates. 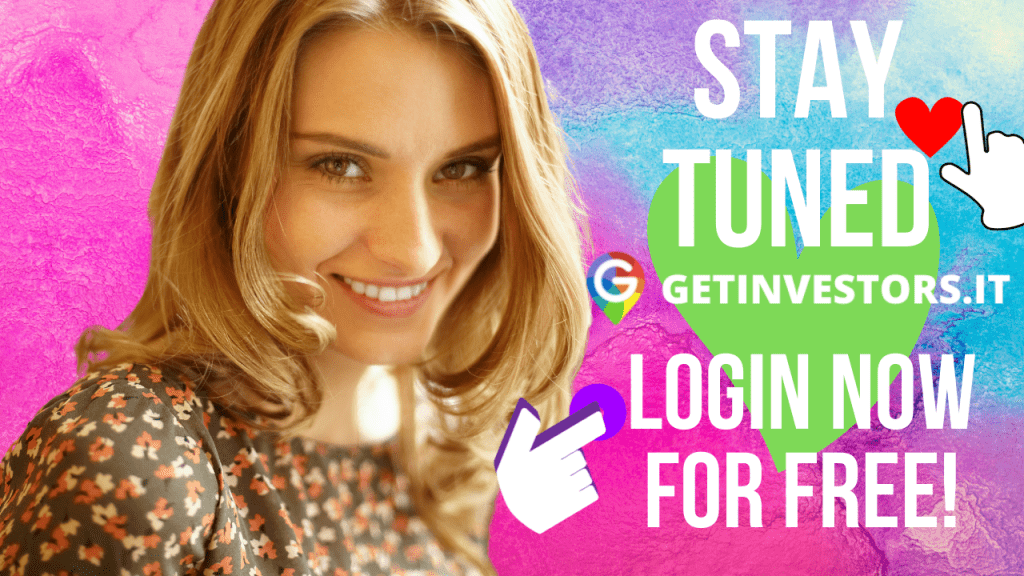 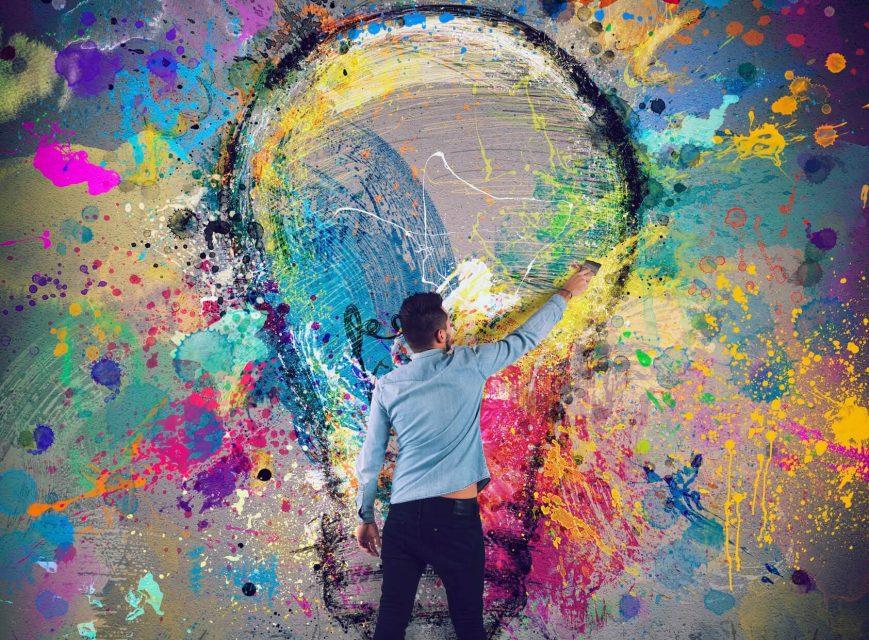